This weekend we celebrate the Solemnity of the Most Holy Trinity. But, if you don’t mind, I would like to just take a moment for the Saint Louis Blues and savor their recent Stanley Cup victory….

I remember watching games at the Old Barn, the Arena, when I was little and, each year, this team would just rip out our hearts—early playoff exits to Ed Belfour and the Blackhawks, Steve Yzerman and the Red Wings. Each year, we were faced with defeat. And, this year, the team was in turmoil through early January—so much turmoil!—that they were even fighting each other at practice. They lacked an identity. And, honesty, the last thing on our minds was this victory. Many were calling for the scrapping of the entire team and starting over.

But I'm not just speaking about the Saint Louis Blues. In some respect, this season is about the Church. For several years now, our Catholic Church has been in turmoil; lacking identity; and, well, some are calling for the scrapping of the entire thing. We wonder: where is the victory?

Yet, if we were to take a brief glimpse in history, we would find that this is not new to the Catholic Church. For example, in the 300s, the Church was just emerging from an era of persecution. Yet, as She emerged, there was still turmoil. There was a priest named Arius from Alexandria, Egypt, a town known for its history as a center of learning. This priest, Arius, while well-learned, made many errors and would spread error throughout the Church. Arius' biggest error was that he claimed that Jesus wasn’t God—that Jesus was simply a half-god, a creature. Arius was articulate, studied, and clever—and his errors took root. He even put his errors to music.

Many (and some argue “most”) Catholics and bishops fell into his error. It was like the modern-day Father James Martin teaching error and only a few bishops, like Cardinal Burke, defending the actual faith. There was arguing and fighting and, eventually, the emperor Constantine called a council in a little town so as to resolve the matter. That little town, just outside Constantinople, was called Nicea.

There at Nicea, saints like Nicholas (yes, jolly old Saint Nick) and Athanasius would argue against Arius. They would say, “If Jesus is just a creature, even the best of creatures, then who would save Him?” The Holy Spirit was clearly with them, the Holy Spirit which Jesus promised would teach us the Truth. In the end, the faith was preserved from the errors of Arius and there was victory.

What most people don’t realize about the story was that some of the bishops who attended this council had also been persecuted in the early 300s. When Christianity was illegal and long before Nicea, some had been thrown into the salt mines by the Romans. There in the salt mines, the Romans would oftentimes sever the Achilles tendon of the prisoner bishops so they would not escape. And, additionally, some bishops’ eyes were gouged and their limbs mutilated.

These bishops, after the persecutions ended, would find their way to Nicea and would be present during the arguments. They would face Arius and would help strengthen Athansius and Nicholas. Picture it for a moment: faithful bishops, hobbling to the Council, some with an eye missing or a hand mutilated. It would have been a powerful sight.

You know those words because you say them every Sunday at Holy Mass. It’s the Nicene Creed—named after that little town, the Council at Nicea.

Did you know this?

So here's the thing: when we recite the Creed, it is so easy to fall into the trap of “this is just another prayer,” or “this is just a list of doctrines,” or even to just mumble through whatever is that these words mean.

But these words are more than just a list of teachings from a Council long ago. These words are our identity. These are the words that will see us through the turmoil.

And, more, these words are the words of victory—that the Holy Spirit was victorious over error! That those persecuted bishops overcame the pride of the folly of Arius.

Not to be trite or to over-extend the analogy, but the Nicene Creed is our Stanley Cup. 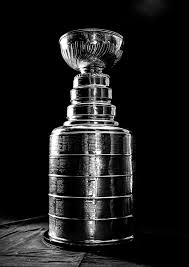 What I love about the Stanley Cup, what makes it so beautiful, is that it has all of those layers—ring after ring, each layer after layer declaring a victory. "1973, the Montreal Canadians"; "1987, the Edmonton Oilers"...

So too does our Creed. "I believe in one God”: the first layer. “The Father almighty”—another layer. "Jesus Christ... God from God..." another layer declaring a victory...

And, just like the Stanley Cup where the names of each player is engraved on the layers—so too each doctrine, each layer of the Creed, is in a sense eternally "engraved" with the names of those saints and bishops who gave their lives and who were victorious in the fight for the faith. See the names “Saint Athanasius” and “Saint Nicholas”—they are engraved on the words “begotten, not made, consubstantial with the Father.”

The Creed—this is our victory. This is our identity. And it will see us through the turmoil and defeats of this life. It will remind us that hope does not disappoint and that the Holy Spirit is with us. We already have The Cup. Now we just have to hold on to it until the parade in heaven—when “The Saints Go Marching In”*

Now, I could end the homily there, but I would be remiss if I didn’t mention our fathers on this Father’s Day. Dear fathers, we offer you our gratitude and, also, our admiration for sacrifices you make for us: for family, for community, and for the faith. It is not easy to be a father out there—indeed, you are in a battle with a culture that ironically hates it when men fight but also wonders where all the strong, heroic men are. To be a man in this world—a man that stands up for the faith and his family—is to have a target on your back. Know that my prayers are with you this day and always.

May you never forget that the greatest mission you have been given is to bring to heaven those entrusted to your care. To that end, the faith is the greatest treasure you can give to your biological and spiritual children. 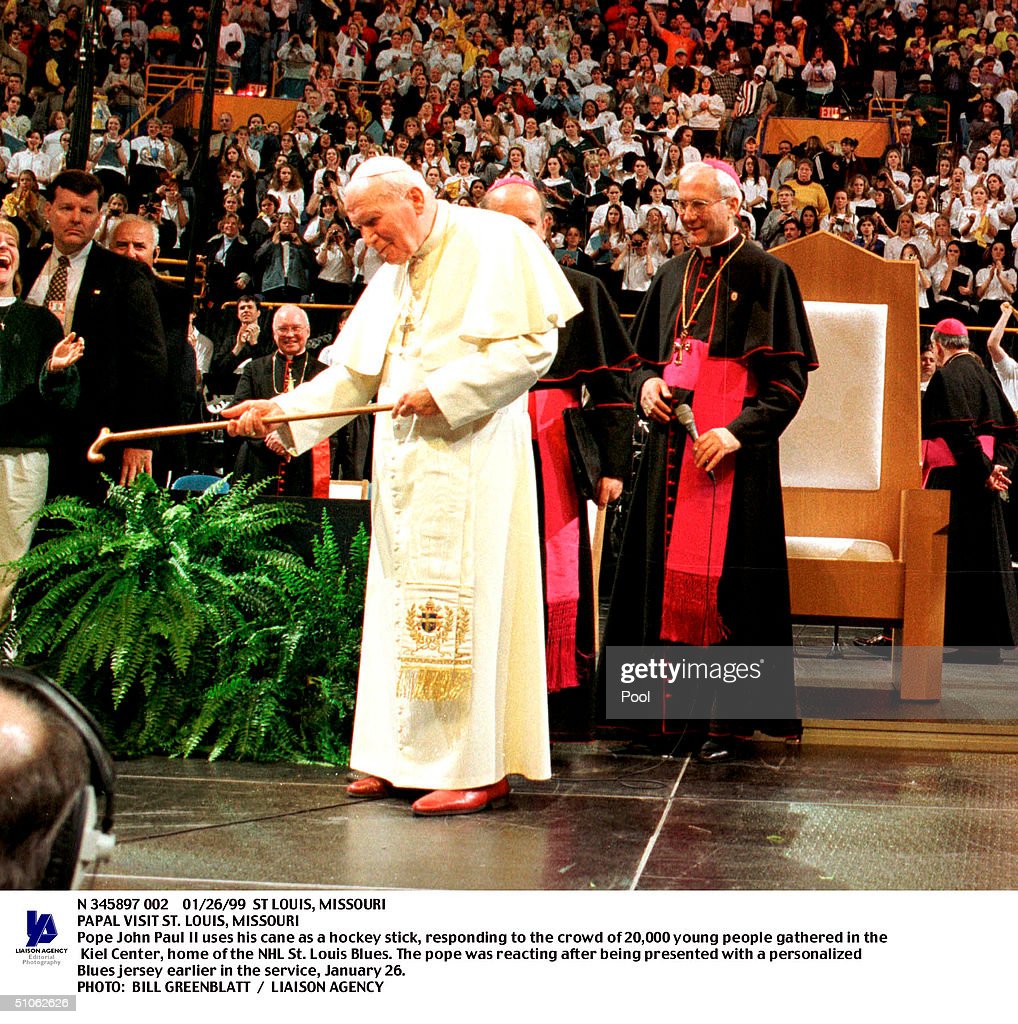 For me, I am thankful to my dad for raising me in a family that loved the Blues. While that wasn’t bestowing the faith itself, it did provide joy and, also, when spiritual fathers taught me the faith, I would have a greater appreciation for what it meant to fight the good fight and, when victories came in this life, they were just a glimpse of The Victory yet to come. I mean, imagine: the parade yesterday was amazing-- how amazing will heaven be?!

Indeed, the best of fathers do both. I think of Pope John Paul II. When he visited Saint Louis, he went to the Kiel Center where the Blues played. He prayed with the youth there and, at the end, he picked up his cane and used it like a hockey stick and prayed that the Blues would one day win. That was 20 years ago—January 26, 1999.** (Someone would actually give him a hockey stick that night. And I still remember that).

So, as the Blues celebrate their victory, there's a part of me that can’t help but think there was a victory for the faith and for the Pope there, too....

*    "When the Saints Go Marching In" is the song played when the Blues score a goal.

** Interesting aside: on January 26, 2019, which was the 20th anniversary of JPIIs visit to Saint Louis, the NHL’s season came to a halt for the All-Star Game. Ryan O’Reilly, the eventual Stanley Cup MVP, was the only player to represent the Blues. The All-Star Game was hosted by the San Jose Sharks (whom the Blues defeated in the Conference Finals). And, after the All-Star Game, the Blues would go on to win ten games in a row. At this point, it was clear the season had turned around. A saint’s intervention? ….