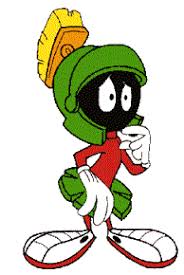 There is a secret to the universe.

If earth were to be visited by a Martian, our visitor would soon discover this secret. It would start as he examined us. He would see the human body and recognize that the body was made in duplicate: He would note the arm on the left and the arm on the right, the leg on the left and the leg on the right. How odd—it’s duplicated! He would even note the same number of fingers and the same number of toes, same on the right, same on the left. He would see twin eyes and twin ears, twin nostrils, and even twin lobes of the brain. Logically, he would take it as a law: man is in duplicate. And so, where he found a heart on one side, the Martian would logically deduce that there was another heart on the other side.
And just then, where he most felt he was right, he would be wrong.
“How odd,” he would say to himself once more, discovering that there is only one heart and that it is on the left. “How… mysterious.”
The Catholic Faith shares in this same secret and it is seen in many of her teachings. We see it in the 10 Commandments, for example. To an outside observer, the 10 Commandments would be odd. Knowing the importance of God to the Catholic religion, and being logical, the observer would first note the symmetry of the two tablets on which the Commandments were written. He would expect them, then, to be divided down the middle: five commandments on one side, five on the other. But he’d soon discover that there’s three on one side and seven on the other. How odd.
Now, it would seem most logical that since God is most important and our duties to him are greatest, then the seven commandments on the one side would be entirely devoted to God while the other three would be for our dealings with neighbor. But we know that the opposite is true: God only commands three things pertaining to himself; the seven pertain to our neighbor. How odd!
The outside observer could say the same about tithing. If things were completely logical and symmetric, then when the Lord asks us to give to others, we would expect that he would command that 50% be given to him and 50% given to our neighbor. Or, better for us, that 50% be given to God and others while we keep the other 50%. That would seem logical and fair. But God tells us to give 90-10. This strikes the observer as odd—because, once more, since God is most important and all that we have comes from him, the observer would be logical in thinking that God was asking us to give 90% to God. But here’s the oddity: the 90% goes to us. God just wants the 10. (Odder still, however, is how the 10% quickly feels like 90%).
Yes, the whole host of the Church’s teaching has this paradox of being entirely logical and yet, like the human heart, an inch off to the left.
Jesus is fully God and yet fully man. How odd!
He fully died. And fully rose.
Eucharist is fully Jesus’ body and blood, but not at all bread or wine—even though the appearances are fully so. Odd indeed!

Discovering these oddities for the first time is like a Martian that discovers that the human heart is not in duplicate, but just left of center. There is a mystery there that is not entirely logical. It is a secret irregularlity.

Our world does not want to admit of the secret irregularities. It wants everything to be logical and clean and neat, fitting into a nice little system of fairness and equality. But the human body is itself an irregularity and inequality. Even the shape of the globe is irregular: it is not perfectly round, but mountainous here, flat there, and bulging at the equator, not equally dispersed with land and water.

Only in the teachings of the Catholic Church do we see the marriage of clearly deduced and logical truths with the support of those truths that are oddly irregular—those truths that don’t make sense at first observation, but which require deeper investigation, like the human heart on the left side of the body and not the right.
And only in the discovery of this grand secret, to expect the unexpected and to be rewarded for it, is there unparalleled joy. We see it in the Gospel today.

John cries out “It is the Lord!” In this cry of joy, not only has he pointed out the reality of the resurrected Christ, he has also given the cry of anyone who has discovered the secret of the universe—like a Martian who discovers the mystery of the human heart.
Peter’s response is classic. It is the response of anyone who discovers the beauty of the Catholic faith: he tears off everything and jumps in, going straight to the Lord. To the outside observer, this is very odd. Foolish, even. But that’s the secret irregularity of love. It is mostly logical, but sometimes foolish. Anyone in love knows this strange paradox.

The problem with the world today in its quest for the neat and the clean, the systematic and the purely logical, the fair and the equitable, is that the world flattens the adventure and the romance in discovering things like the human heart, the resurrection, and heaven—not to mention love.
I think of a couple examples. 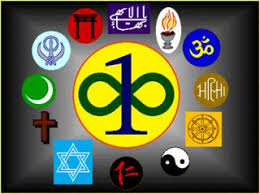 One would be this New Age, pantheistic spirituality that claims that God is everywhere and in everyone, equally dispersed throughout the universe, uniting everyone and everything. And the reason for this way of thinking is that it wants everyone to equally experience love on a great and mystical level. But it is love that pantheism and New Age spiritualism actually undermine. How so?
Well, precisely because pantheism sees everything as one, it does not allow for distinctions or separations. But distinctions and separations are required for love to be love. If everyone is one, then love is just love of that one self—and that’s not love. It’s selfishness. Spiritual individualism, which says it needs no organized religion, undermines love in that it says that love is just something spiritual, something done only with mind and heart. But anyone who has been in love knows that love needs lips in order to kiss. Organized religion gives that needed flesh so that we might kiss—and not just one another, but kiss Love Himself. 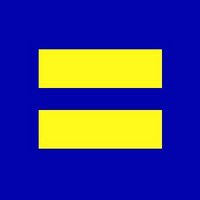 The other example is the present day movement for equality. If it is true that the Catholic Church is simple about the simple truths, then it is also true that she is stubborn about the subtle truths. Yes, the Church will admit that a man has two hands, but she will not admit that obvious deduction that a man has two hearts. For while the man has two hands, he does not have two hearts. And it is this secret oddity: that whenever we feel there is something odd in Christian theology, we shall generally find that there is something odd in the truth.
Like a heart being to the left and not the right, or the commandments being divided into three and seven, there is something odd about the Church’s teaching that marriage is only between a man and a woman. But that oddity does not mean that the teaching is not true. It just means that it is odd and, like discovering the heart is only one and on the left after a thorough deduction of the duplication of arms and legs, that such a discovery might be quite shocking when the oddity of the truth is discovered to be true.

That is all I will say about that specific topic, because it brings me to my last point in today’s homily. Many years ago, I nearly left the seminary, just as nearly as many nearly leave the Catholic Church. I doubted much, including my capabilities to be a priest. I knew for certain that I would suffer. And I doubted whether I really wanted to carry that Cross.
But there was an oddity: while I doubted (what I thought) was everything, there was one thing that I did not doubt: namely, and strangely, my own doubt.
Surely, I thought, I had deduced everything correctly. I had made no mistake. I see the left arm and the right arm, the left leg and the right leg, the eyes, the ears, … surely there are two hearts! Surely the fish are on this side of the boat!
But I was surprised. I was terribly, wonderfully, and even frightfully surprised when I discovered that I was wrong. That the heart was left of center. That I was fishing on the wrong side of the boat and that I needed to cast my nets on the other side—on the side where the catch of fish and the heart of God could be found. It was on that side that I started asking the real questions: 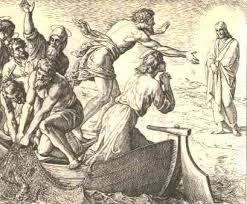 I saw the heart on the left. I saw the rightness in doubting one’s doubt. I saw the resurrection of the dead and the glory of the Eucharist. I saw the Ten Commandments oddly shaped. I saw the world mountainously round. I saw man and woman united in a way no other two beings could be united. It was all very odd and, oddly, it was all very true.